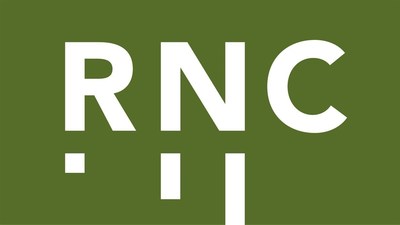 "CRU's market analysis determined a significantly higher value from RNC's roasting approach over traditional smelting and refining. The 25% improvement in payability calculated for nickel concentrates would allow a producer of various nickel concentrates to realize an additional US$1.10 for every pound of nickel in concentrate produced at current $US6.00 per pound nickel prices," said Mark Selby, President and CEO of RNC Minerals.

"This benefit provides tremendous leverage as nickel prices increase," continued Selby. "Dumont is expected to produce the highest-grade nickel (29%) and cobalt (1%) sulphide concentrate in the world2, providing maximum flexibility for potential partners and offtake parties from a wide range of nickel consuming sectors, including the battery and stainless steel markets."

The CRU study looked at toll-processing in Asia for a range of nickel concentrates with nickel content ranging from 14% to 29% through to a final ferronickel product. It found that net payabilities utilizing this approach for all concentrates were significantly higher than current market terms based on CRU's estimate of long-term nickel prices, product premiums, and tolling costs. For a 29% nickel concentrate, which is the grade expected to be produced from Dumont, the nickel payability for concentrate was estimated to be 94%, or 25% higher than the top end of the estimated current 70-75% market range for nickel sulphide concentrates.

Alternate Roasting Approach
RNC's alternate roasting approach allows for the use of nickel concentrate by a wide range of nickel consumers, including large scale integrated NPI/stainless plants converting feed into finished product at higher recoveries and significantly lower processing costs, resulting in expected payabilities that are much higher than traditional smelting and refining.

RNC's work with a large Japanese trading house indicates that roasters in Asia are able to process feed at an approximate cost of $30/tonne. When combined with the average integrated NPI/stainless conversion cost of approximately $80-$90/tonne (according to Wood Mackenzie), the implied conversion cost is approximately $110-$120/tonne of concentrate (equivalent to approximately $400 per tonne of contained nickel for a 29% concentrate or approximately 3% of the current LME price of $13,800 per tonne). This compares very favourably to the 25-30% of the concentrate value believed to be currently captured by traditional smelters/refiners. The CRU value-in-use study is expected to be used to estimate the terms that roasting market participants would require to be willing to process the nickel-cobalt concentrate expected to be produced by Dumont as compared to these current market benchmarks (see RNC news release dated March 1, 2018).

Note: dollar amounts referred to above are US$.

CRU Methodology to Determine Value-In-Use
CRU has considered a scenario under which Asian processors would process nickel concentrate on a tolling basis. This means that the concentrate producer would retain ownership of the ferronickel product, and simply pay the processor to cover their costs, plus a margin.

The tolling costs were derived by estimating the operating costs and margins at a typical NPI producer using CRU's Nickel Cost Model and the estimated operating costs and margins at a typical roasting facility. CRU adjusted the NPI producer costs by assuming that the higher nickel content of the concentrate means that lower amounts of power, reductants, and energy would be required in the furnace for each tonne of nickel produced. The assumption is made that this relationship is linear, and that other costs remain constant. An additional margin to incentivise the switch to using nickel concentrate rather than their typical feed was then applied to these costs.  Due to the current and forecasted thin margins at some NPI producers, only a relatively small incentive payment would be required to encourage such NPI producers to use a nickel concentrate for feed instead of their current laterite feeds.

The Technical Information in this news release has been reviewed by Alger St-Jean, P. Geo., Vice President Exploration of RNC and Johnna Muinonen, Vice President, Nickel of RNC, with respect to the Dumont Nickel-Cobalt Project, both Qualified Persons under NI 43-101.

About RNC Minerals
RNC is a multi-asset mineral resource company with a portfolio of nickel, cobalt, and gold production and exploration properties. RNC has a 28% interest in a nickel joint venture with Waterton that owns the Dumont Nickel-Cobalt Project located in the Abitibi region of Quebec which contains the second largest nickel reserve and eighth largest cobalt reserve (the largest undeveloped nickel reserve and second largest undeveloped cobalt reserve in the world). RNC has a 100% interest in the producing Beta Hunt gold and nickel mine located in Western Australia and a 35% interest in Orford Mining Corporation, a mineral explorer focused on highly prospective and underexplored areas of Northern Quebec and the Carolina Gold Belt in the United States. RNC also has a 27% stake in the producing Reed Mine in Manitoba. RNC has a strong management team and Board with over 100 years of mining experience at Inco and Falconbridge. RNC's common shares trade on the TSX under the symbol RNX. RNC shares also trade on the OTCQX market under the symbol RNKLF.

This news release contains "forward-looking information" including without limitation statements relating to the liquidity and capital resources of RNC, production guidance and the potential of the Beta Hunt and Reed mines as well as the and the potential of the Dumont development project and Qiqavik, West Raglan, Jones-Keystone Loflin and Landrum-Faulkner exploration properties.

Forward-looking statements involve known and unknown risks, uncertainties and other factors which may cause the actual results, performance or achievements of RNC to be materially different from any future results, performance or achievements expressed or implied by the forward-looking statements. Factors that could affect the outcome include, among others: future prices and the supply of metals; the results of drilling; inability to raise the money necessary to incur the expenditures required to retain and advance the properties; environmental liabilities (known and unknown); general business, economic, competitive, political and social uncertainties; accidents, labour disputes and other risks of the mining industry; political instability, terrorism, insurrection or war; or delays in obtaining governmental approvals, projected cash costs, failure to obtain regulatory or shareholder approvals. For a more detailed discussion of such risks and other factors that could cause actual results to differ materially from those expressed or implied by such forward-looking statements, refer to RNC's filings with Canadian securities regulators, including the most recent Annual Information Form, available on SEDAR at www.sedar.com.