TORONTO, Sept. 24, 2019 /CNW/ - RNC Minerals (TSX: RNX) ("RNC") is pleased to announce that additional high-grade coarse gold has been recovered at its Beta Hunt Mine in Western Australia.

An estimated 1,750 ounces of coarse gold has been recovered from 274 kg of rock (see Figure 1)1. The discovery occurred on the 16 Level A Zone, 160 metres south and 25 metres below the Father's Day Vein discovery and on the same level as the high-grade gold mined in June 2019 (see Figure 2 below for a long section showing main section of A Zone).

Note 1:  The accuracy of this estimate at this stage is considered to be +10%/-25% as it is based on the measurement of the estimated gold content for each of the samples by specific gravity determinations.

It is important to note that these high-grade coarse gold discoveries exposed by normal mining practices are not included in the updated Beta Hunt Measured and Indicated Mineral Resource estimate of 944koz (10,104kt at 2.9 g/t) and Inferred Mineral Resource of 406koz (4,109kt at 3.1 g/t)2. These occurrences are best considered as a potential periodic significant bonus to mine production. With the addition of the Higginsville mill and mine in June, RNC now has the ability to monetize these high-grade discoveries more efficiently compared to previous toll milling arrangements.

Note 2:  Reference is made to the Technical Report Western Australia Operations – Eastern Goldfields: Beta Hunt Mine (Kambalda) and Higginsville Gold Operations (Higginsville)" dated September 17, 2019 available for download on RNC's website and under RNC's profile on Sedar.com

Paul Andre Huet, Chairman and CEO commented: "Once again we have encountered an area of high-grade coarse gold in the same geological setting as the Father's Day Vein. Approximately 20 ounces of gold was expected to be recovered from this area where 1,750 ounces were recovered. This further highlights the potential of the Beta Hunt Mine, demonstrating the significant upside impact these high-grade discoveries can have on operational cash flow generation.

We will look to quickly monetize this gold to capitalize on current A$2,250/oz Australian gold prices. This will continue to bolster our already strong treasury position following our recently completed C$18.5mm bought deal financing.

Mr. Huet continued, while these high-grade discoveries are welcome contributors to our bottom line, we remain squarely focused on our newly outlined cost cutting strategy at both the operational and corporate levels. We invite investors to review our recently updated presentation outlining this strategy on our website." 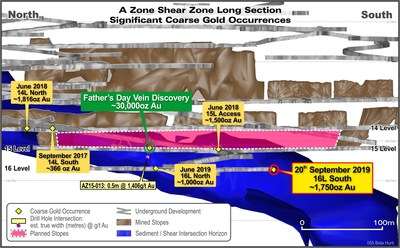 The disclosure of scientific and technical information contained in this news release has been approved by Stephen Devlin Vice President Exploration and Growth for SLM, a Qualified Person under NI 43-101.

Gold content of rock specimens containing coarse gold was determined using the non-destructive specific gravity method according to the calculation in Figure 3.

The error in this estimation method is primarily related to the estimation of Host Rock SG.  The values determined for Au_g  is considered to be accurate within a range of +10% to -25% of the determined value.

This news release contains "forward-looking information" including without limitation statements relating to the estimated 1,750 ounces of coarse gold at the Beta Hunt Mine, the liquidity and capital resources of RNC, production guidance and the potential of the Beta Hunt Mine, Higginsville Gold Operation and Dumont Nickel – Cobalt Project.

Cautionary Statement Regarding the Beta Hunt Mine and Higginsville
The decision to produce at the Beta Hunt Mine was not based on a feasibility study of mineral reserves, demonstrating economic and technical viability, and, as a result, there may be an increased uncertainty of achieving any particular level of recovery of minerals or the cost of such recovery, which include increased risks associated with developing a commercially mineable deposit. Historically, such projects have a much higher risk of economic and technical failure. There is no guarantee that anticipated production costs will be achieved. Failure to achieve the anticipated production costs would have a material adverse impact on SLM's cash flow and future profitability. Readers are cautioned that there is increased uncertainty and higher risk of economic and technical failure associated with such production decisions. It is further cautioned that mineral resources are not mineral reserves and do not have demonstrated economic viability. 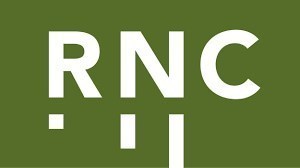