"These most recent results further highlight the massive potential at Qiqavik where RNC is conducting the first-ever exploration work on most of the property. In just five weeks of ground work last summer, our teams made two major discoveries – Esperance where we now have multiple large targets including a 1+ km geophysical target (which remains open) coincident with high grade gold and copper surface samples; and  Aurora, where a 400 metre target (open in both directions) is coincident with high grade gold samples between 26 and 189 g/t (this target is part of a larger 2+ km till anomaly)" said Mark Selby, President and CEO of RNC Minerals.

Mr. Selby continued, "While it is still early days, we believe that, given the 40km scale of the Qiqavik trend and the variety of styles of mineralization we are seeing, we may be uncovering a district similar to the Abitibi in the Val d'Or area at the turn of the last century which ultimately yielded a large number of deposits. We continue to advance our goal of spinning out of the Qiqavik property in order to allow us to fund future exploration programs through our TNN subsidiary with no dilution at the RNC level."

Analysis of property-wide till sampling results has also yielded several multi-element anomalies in addition to those associated with the Aurora and Esperance discoveries. Notably, the ABG Zone, a 1.8km long till anomaly associated with a zone of outcropping copper mineralization in hydrothermally altered quartz veins with values up to 1.2% Cu on a subparallel structure 3km to the southwest of the Aurora discovery.

These results represent a small part of the 40 km long Qiqavik mineralized trend and highlight the exploration potential of the remainder of the trend.

Esperance Targets
RNC's news release dated September 19, 2016 reported a 1.6km high grade, gold and copper trend at surface at Esperance co-incidence with a sulphide bearing shear zone. The IP survey has confirmed the chargeability and continuity of this zone over the full extent of the survey for over 1.2km (Figure 1) and that this zone remains open to the west. The results of the 2016 IP survey at Esperance resulted in the definition of eight high priority targets for the anticipated 2017 drilling at 400m spaced sections, including targets that may represent additional parallel mineralized and chargeable zones to the north of the main trend (Figure 2) (these targets were not previously observed during 2016 surface prospecting due to overburden cover).

Aurora
RNC's news release dated September 19, 2016 reported high grade gold in quartz veins (including visible gold) hosted in a felsic intrusive body at the Aurora discovery which graded up to 189 g/t Au in grab samples and 0.45m at 5.46g/t in a channel sample (Figure 3). The IP survey has confirmed the continuity of a resistive body over all five lines of the survey area totaling 400m strike length that is co-incident with the felsic intrusive observed at surface that hosts gold bearing quartz veins. This has resulted in the definition of two high priority targets with moderate chargeability to test the gold veins observed at surface hosted by the resistive body outlined in the IP survey (Figure 4). The till anomaly associated with the Aurora showing over the felsic intrusive continues westward for approximately 2km, indicating a significant possible extension to the Aurora system (Figure 5).

In summary, the 2016 IP survey at Esperance and Aurora was successful at identifying at least ten high priority drill targets for the anticipated 2017 exploration season, including a km scale chargeability anomaly at Esperance which is known to be co-incident with high grade Au and Cu mineralization at surface. IP sections at Aurora and Esperance will support the definition of additional drill targets. The Esperance km scale chargeability anomaly associated with the mineralized main trend is open to the West, it is recommended that the IP survey be continued westward to further expand the 1.2km chargeability anomaly. Targeting is ongoing on the remaining blocks of the IP survey.

Till Sampling Results
Till sampling was successful in identifying anomalies in As, Sb, Co Be, Bi, Te, that are associated with, and resulted in the Esperance and Aurora high grade gold discoveries at Qiqavik. In addition to these zones, till sampling has identified at least 3 additional new target zones including the 1.8km NW-SE trending ABG zone (Figure 5). After identification by an arsenic till anomaly, the ABG zone was found to host hydrothermally altered quartz veins with chalcopyrite and malachite grading up to 1.23% Cu and 0.45 g/t Au. This poorly exposed zone is a priority target for further prospecting and geophysics.

IP Survey Specifications
RNC Minerals contracted Abitibi Geophysics of Val d'or Quebec to carry out 58 line kilometres of induced polarization surveying on the Qiqavik Property in July and August 2016. The survey was a time domain, dipole - dipole resistivity IP survey with 100m line spacing, an "a" spacing of 25m and readings from N 1 to 6. Note that IP chargeability effect can be caused by metallic sulphides as well as other minerals such as graphite, clays and magnetite. Targeting was completed by Les Ressources Tectonic Inc.

Till Survey Specifications
Tills samples were collected from frost boils using a plastic shovel. Any large stones or cobbles were removed during sampling. If the frost boil was deemed to contain an abundant amount of coarse material, the sample was aborted. Approximately 1 to 3kg of frost boil material was collected and shipped moist, in plastic bags to ALS Chemex in Val d' Or, Quebec for analysis by method MEMS-61 (four acid ICP-MS) for 48 elements and method Au-ICP21 (Fire Assay ICP-AES) for gold. Upon receipt by ALS, samples were dried and screened to -180um. Preparation and assaying is done in ALS facilities in Val d'Or, Sudbury or Vancouver. ALS Chemex's quality assurance system complies with the requirements for the international standards ISO 9001:2000 and ISO 71025:1999. Analytical accuracy and precision are monitored by the analysis of blanks, standard reference materials and replicate samples.

About RNC Minerals
RNC is a multi-asset mineral resource company focused primarily on the acquisition, exploration, evaluation and development of precious metal and base metal properties. RNC's principal assets are the producing Beta Hunt gold and nickel mine in Western Australia, the Dumont Nickel Project located in the established Abitibi mining camp in Quebec and a 30% stake in the producing Reed copper-gold mine in the Flin Flon-Snow Lake region of Manitoba, Canada. RNC also owns a majority interest in the West Raglan nickel project and Qiqavik gold project in Northern Quebec. RNC has a strong management team and Board with over 100 years of mining experience at Inco and Falconbridge. RNC's common shares trade on the TSX under the symbol RNX. RNC shares also trade on the OTCQX market under the symbol RNKLF.

The technical information in this news release was reviewed and approved by Alger St-Jean P. Geo., a qualified person (QP) for the purposes of NI 43-101.

Cautionary Statement Concerning Forward-Looking Statements
This news release contains "forward-looking information" including without limitation statements relating to the the liquidity and capital resources of RNC, production and cost guidance, the potential of the Beta Hunt and Reed mines, and the potential of the Dumont, West Raglan and Qiqavik projects. 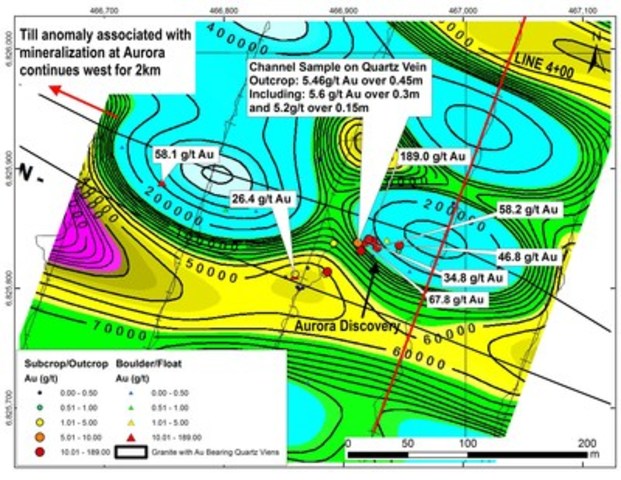 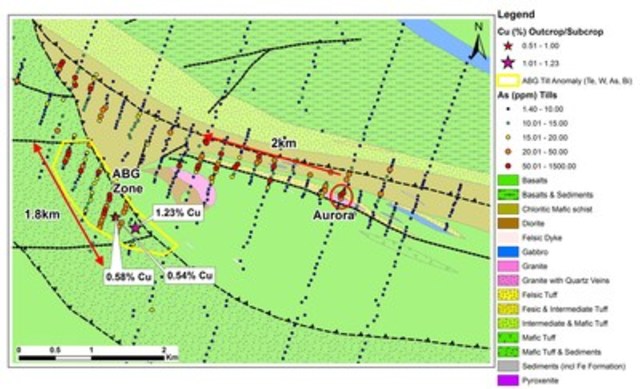