Mark Selby, President and CEO of RNC, commented "With the majority of resource drilling now largely complete, RNC enters the most exciting phase of the exploration program. Through the balance of the quarter, RNC plans to test the broader exploration potential of the four shears on the property – at depth and along the 4+km of strike of the Beta Hunt system. RNC's drill program thus far has delivered on multiple objectives. Western Flanks gold mineralization has been extended with infill drilling and resource extension drilling. Numerous wide intersections now highlight the large scale bulk potential of this shear while containing significant 4 to 6 g/t intervals – both in excess of the grade and width of the current resource. Drilling in the A Zone also continues to extend the resource, with multiple intersections both exceeding the grade and thickness of the current resource." 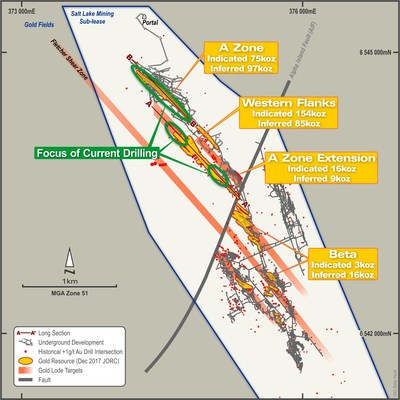 The latest drill results at A Zone are from drill holes designed to increase the confidence in the shear-hosted resource at depth and to the south as well as expand the resource in these directions. At Western Flanks, drilling continues to define the northern extension of mineralization to a distance of over 150 metres outside the existing resource.  Shorter holes from the Western Flanks Central 325 ore drive (WFC325- series of holes) were targeted at providing increased definition of resources for short term mine planning. In addition to results presented to date, 43 holes totaling 6,993 metres have been drilled for which results are pending.

A total of 109 holes totaling 13,347 metres have now been completed at Western Flanks. Assay results have been received for a further 62 holes totaling 6,162 metres at Western Flanks Since RNC's February 25 news release. Drilling for the period covered by this release focused primarily on areas to the north of and outside the existing Western Flanks resource model and was aimed at extending and upgrading the existing resource. As part of to this resource definition and extension drilling, 1,339 m of drilling (WFC325 – series of holes) have also been completed to increase the confidence of resources that are targeted for mining in the short term.

Drilling to the north of the Western Flanks zone has shown that the thick relatively continuous mineralization extends at least 150 m beyond the current resource model and remains open both along strike and at depth (see figure 2).

Drill holes like WFN-049 and WFN-040 (results below) that occur at the northernmost edge of Western Flanks drilling have extended the thick mineralized system over 150 m beyond the edge of the current resource and illustrate the potential for significant additions to the resource.

Infill and extension drilling at Western Flanks also highlights that, in many places, gold mineralization can extend considerable distances across the shear system between what has previously been considered as mineralized shear domains (see examples below and cross section of Western Flanks in figure 3).  These results illustrate the nature of the Western Flanks as a thick, variably mineralized system containing shear zones grading in the 4 to 6 g/t range with mineralization between these shear zones often grading in the 0.5 to 2 g/t range.  The extension of mineralization at lower grades outside what was previously modeled as mineralized domains also provides good potential for significant additions to the resource. 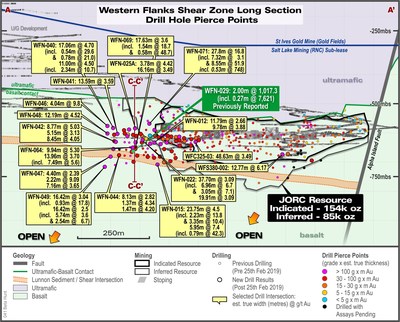 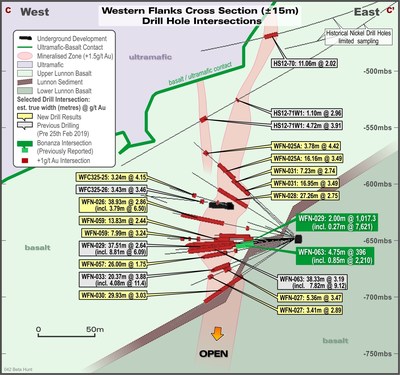 Drilling in A Zone

A total of 135 holes for 14,110 metres have now been drilled along the A Zone shear and assay results have been received for a further 65 holes totaling 5,767 metres at A Zone since RNC's February 25 news release, Drilling has infilled around the Father's Day Vein and the northern, southern and down-dip limits of the A Zone (see Figure 4).

Highest grade results were achieved from drilling the northern central section of the shear zone where drilling tested for mineralization along and below the interpreted shear/Lunnon Sediment contact. Results showed strong grades and thicknesses in excess of the existing resource. The best intersection, AZ14-012 – 10.9 g/t over 8.99 m, is associated with narrow bands of pyritic sediment within sheared basalt, including 157 g/t over 0.44 m, hosted by quartz-veined pyritic sediment. This result again reinforces the strong relationship of bonanza grades with shear-hosted Lunnon Sediment. 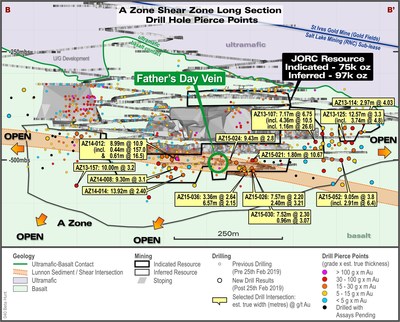 Drilling continues to be focused on extending and upgrading the northern, southern and down-dip margins of the existing resource

The current phase of resource drilling is largely complete and will be the basis of a resource update expected to be published by the end of the second quarter.  The exploration program now enters into an exciting phase as our focus will turn to exploration targets including the Fletcher Trend and northern strike extension of the A Zone as we test the broader exploration potential of the four shears on the property – at depth and along the 4+ km of strike of the Beta Hunt system.

The technical information in this news release relating to drilling results at the Beta Hunt Mine is based on information reviewed by Steve Devlin, who is a Member of the Australian Institute of Mining and Metallurgy. Mr. Devlin is a full time employee of Salt Lake Mining Pty Ltd, a 100% owned subsidiary of RNC, and has sufficient experience, which is relevant to the style of mineralization and type of deposit under consideration and to the activity which he is undertaking to qualify as a Competent Person as defined in the 2012 edition of the "Australasian Code for Reporting of Exploration Results, Mineral Resources and Ore Reserves".

RNC has a 100% interest in the producing Beta Hunt gold mine located in Western Australia where a significant high grade gold discovery - "Father's Day Vein" - was recently made. RNC is currently completing a 40,000 metre drill program, the results of which will be incorporated into an updated NI 43-101 compliant Mineral Resource Estimate and mine plan targeted for Q2 2019. Beta Hunt gold resource potential is underpinned by multiple gold shears with gold intersections across a 4km strike length which remain open in multiple directions adjacent to an existing 5km ramp network. RNC also has a 28% interest in a nickel joint venture that owns the Dumont Nickel-Cobalt Project located in the Abitibi region of Quebec which contains the second largest nickel reserve and eighth largest cobalt reserve in the world. RNC owns a 33% interest in Orford Mining Corporation, a mineral explorer focused on highly prospective and underexplored areas of Northern Quebec. RNC has a strong management team and Board with over 100 years of mining experience. RNC's common shares trade on the TSX under the symbol RNX. RNC shares also trade on the OTCQX market under the symbol RNKLF. 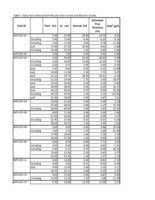 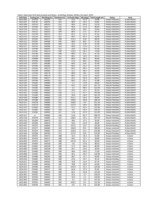